Today, we are about to share the genuine guide of SSD pros and cons. Let’s explore a few things about the storage devices first. Storage devices have seen many advancements ever since their evolution. From being stored in punched cards to the development of Solid State Drive (SSD), the storage medium has never seized to amaze us. How painful were those days when the data used to be backed up in magnetic tapes and similar other devices, with very limited storage option, the data storing process was a real pain. But with increasing size of data, inventions were very essential and we got a lot more storage option with a variety of sizes.

Now we have the perfect option for every purpose today. For quick and easy data transfer, we have flash drives aka pen drives, for storing purpose we have HDD and SSD, for data backups we have external HDD and SSD made with similar drives used for internal storages. We have optical drives like CDs and DVDs. We have everything we would ever need. But the thing is, every invention is done to overcome the flaws of previous versions, so, all these drives have somewhat flaws and better side to them. We will be talking about the SSDs in general in this post. 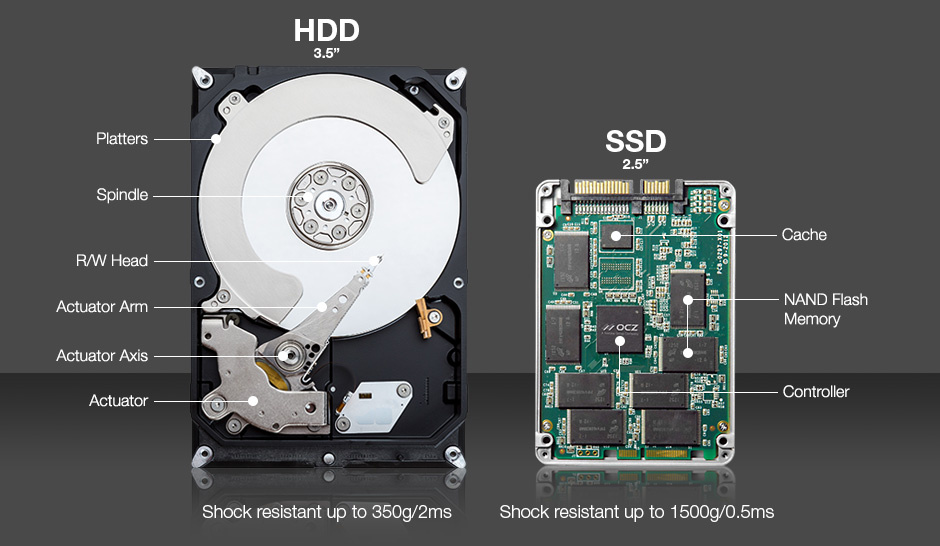 SSD is the newest technology in the storage market. It doesn’t have any movable part and it makes it less vulnerable to mechanical failure while it is expensive to buy. Here are a few pros and cons of SSD.

Conclusion for SSD Pros and Cons

Hence, these were the SSD Pros and Cons. Well, SSDs are good thing to have for the extremely required situations where the things happen in real-time. Real-time calculations are required in research facilities, which you are rendering a high-end video, you require higher read/write speed. While playing high end games, you required responsive system. But for anything else, I don’t see any other need to spend such huge money on something you don’t even want. It won’t be useful for the household setup to have high-end specs just to play simple music, browse through internet, play some minutes games and work on office package. So, I would stick to my older HDD because SSDs are good to have, not must to have devices.