AIBO is a series of robotic pets designed and manufactured by Sony. Sony announced a prototype AIBO in mid-1998. The first consumer model was introduced in May 11, 1999. Newer models of AIBO were released until 2006. Although all models were dog-like, other inspirations were like lion-cubs and space explorer and only the ERS-7 and ERS-1000 versions were a “robotic dog”. The pros and cons of Sony AIBO Robot Dog is listed in this post. Though everyone likes this kind of robot, the pros and cons in not something to neglect of Sony AIBO Robot Dog.

On January 26, 2006, Sony announced that it would discontinue AIBO and several other products in the hope to make company more profitable. Sony eventually withdrew the customer support for the AIBO. Till July 2014, Sony stopped providing repairs for AIBO products and did not provide any support for AIBO Robot.

Surprisingly, in November 2017, Sony after 11years announced a new generation of AIBO robot. The fourth-generation model, ERS-1000, was launched in Japan on 11 January 2018.

This particular version of Sony AIBO has far more artificial intelligence (AI) and sensors baked into it than the previous model and Sony has modeled it as an untrained dog. AIBO uses series of sensors and cameras to understand its surrounding and it comes two accessories: a pink ball and a chew toy to play with. Robot Dog AIBO responds to common English language commands like “sit” and “speak” on varying accuracy depending upon how well it’s been trained.

AIBO responds to commands and touch interaction with sensors one on the back, one on the top of the head and one under the chin. It has two cameras, one on the nose for image recognition and rear for simultaneous localization and mapping, one Time of Flight (ToF) sensor for proximity detection, an illuminance sensor to sense your presence from behind, four microphones and a motion detector. 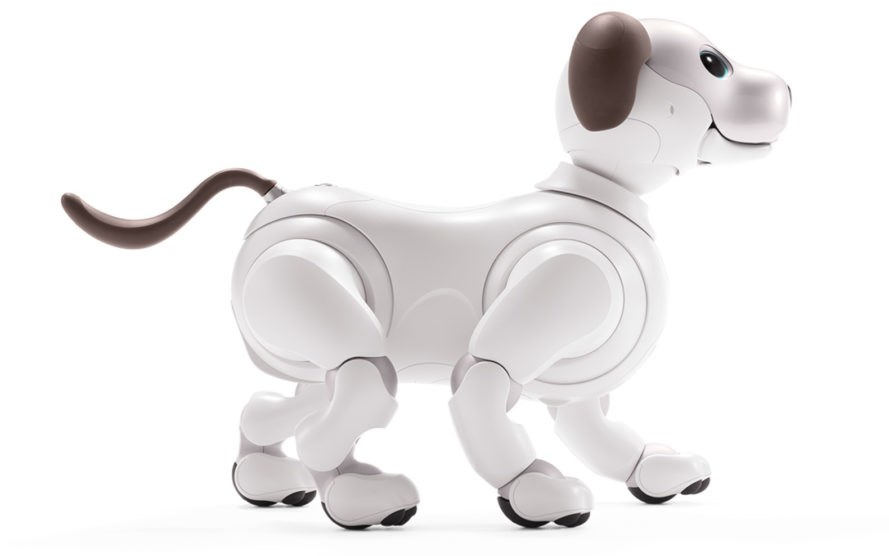 Although AIBO is returned after 11 long years in the market, it is very much different from what it used to be. With addition of multiple sensors and cameras, it is more intelligent than what it used to be. There might be many cons to AIBO, but the biggest advantage is that it displays what it learns from you. It needs training, right from the moment it arrives in your hand, but with some preset commands, the petting thing just turns to fun. It might require more time to charge than it offers play time, but it might get solved with further updates on the line.

Hence, these are few of the pros and cons of Sony AIBO robot dog. Be ready to pay almost $3000 and you can have your trainable pet with you. A dog is man’s best friend but AIBO won’t be yours unless you give it some love. It doesn’t know how much you paid for it, it just looks forward for your love and attention.

11 thoughts on “Pros and Cons of Sony AIBO Robot Dog”