Batteries as the source of power have been our undeniable part. Everything that doesn’t run directly from the wall socket, is definitely powered by batteries. The battery being the portable source of power has been very famous in every gadget, household appliance, and can even power small device to a bigger house.

Lithium-ion (Li-ion) batteries are essential to our energy-dependent lifestyle. We put on watch on our wrist, mobile phone in our pocket and other devices as well. They come in two types, rechargeable and non-rechargeable power source. It has been a couple of decades since the commercial debut of rechargeable lithium-ion batteries and today they are dominant in the market as the top choice of portable power. They can be constructed in various shapes and sizes, making it the most preferred one to squeeze the battery even in the tighter of the spaces. The batteries are lighter than their alternatives. Like every other technical component, Li-ion battery to isn’t untouched with the disadvantages. 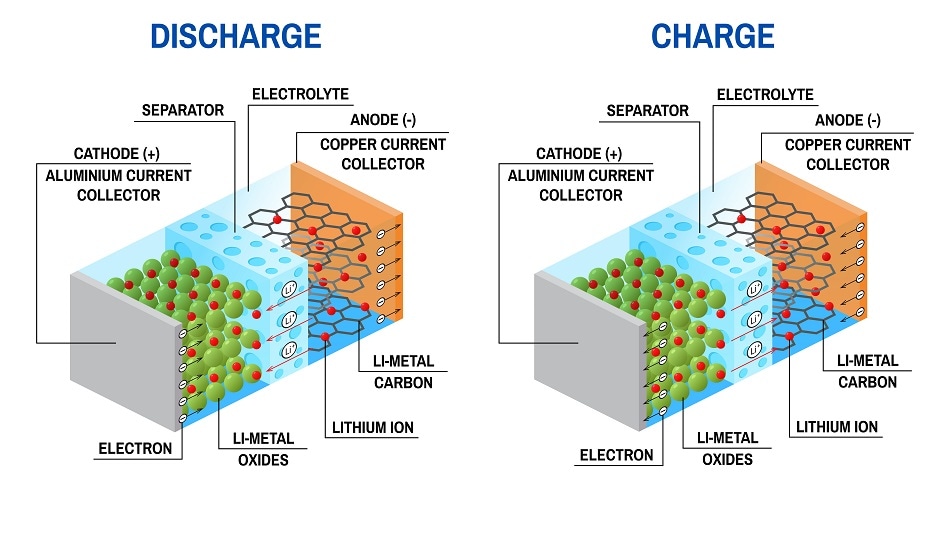 Though the battery is widely used one and is being used for over two decades, there exists equally valued pros and cons. The pros and cons of lithium-ion batteries are given below.

Greater energy density is the chief advantage of Li-ion battery. The devices available in the markets are shrinking in size and need to survive longer between the charges as well, so having the higher density Li-ion battery will help them keep size small and charge holding capacity relatively high.

Some batteries out there have a need to be priming. Priming is the method of fully charging and fully discharging a battery. But Lithium-Ion battery has no such need. Therefore, li-ion battery saves a significant amount of time and hassle of charging and discharging before they can actually be used.

Many batteries out there require frequent battery check by the means of charging and discharging even when not in use. This ensures that there is no memory effect, due to which the batteries start holding less charge. But memory effect doesn’t happen with li-ions, so, there is relatively lower maintenance required with Li-ion cells.

Unlike other batteries, li-ion batteries take a fraction of time to charge which makes it feasible to use. For example, you can charge your mobile device batteries at the higher speed just by choosing the chargers that can safely charge the battery with a higher current. But other batteries might just take longer time for similar capacity battery.

Transporting the li-ion batteries is relatively risk task, specially by air. Although the battery is transferred in the luggage, but there must be a special care taken to avoid the batteries from short circuiting and should be kept in protective cases.

The li-ion battery is still in the development phase, the manufacturers are constantly researching and trying to produce batteries with higher capacity. It doesn’t work out every time though, under an unfavorable condition of heat, no ventilation, high current flow and others, the battery might explode as well and catch fire. We have seen many incidents of a mobile battery exploding.

Every technology has its own sets of advantages and disadvantages. The cons of the technology cannot be eliminated completely but necessary steps can be taken to minimize the cons. By understanding the positives and negatives of the li-ion battery technology, we can make better choices of using the appropriate ones in the appropriate devices.