Advantage and Disadvantage of Dash Cryptocurrency

Pros and Cons of Dash Cryptocurrency are separately given below, check them out now:

Transactions are much faster with InstantSend technology in which that transaction takes place in less than 4 seconds. Dash cryptocurrency thus is far better than other cryptocurrencies that require a large amount of time to confirm transactions on their specific network. 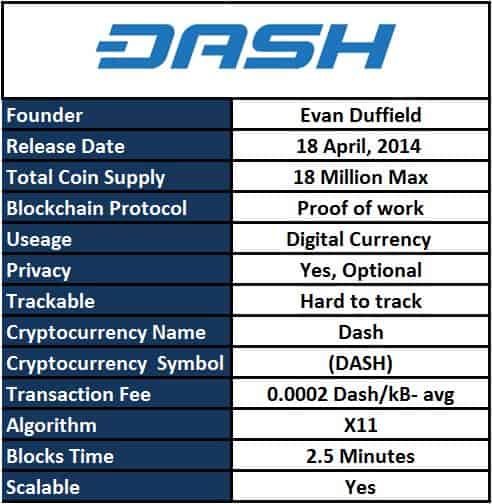 Dash is more decentralized than most major cryptocurrency projects. It is completed through the democratic voting of the master nodes, which allows device for quick decisions in regard to funding developments and other aspects related to the community.

The Dash cryptocurrency has transaction fees which are is low in comparison to credit cards or even banks. The fee is actually very less for using personal money as well as for sending micro-payments in every part of the world.

Many people believe a large number of master nodes are owned and ran by the core development team. It makes the community doubt about the legitimacy of Dash’s decentralized nature.

There are some privacy features which some developers claim that it’s mixing process is nothing more than a coin tumble which means that transaction can still be traced if someone controlled or hacked the masternodes through which the transaction passes.

There are many marketing campaigns and partnerships which promotes Dash cryptocurrency so that they can be widely used. But also Dash still lacks a significant number of users or merchants.

As Dash is not paper money, but digital money that you can spend anywhere. Hence, these were the pros and cons of Dash cryptocurrency.

1 thought on “Pros and Cons of Dash Cryptocurrency”