We people can just have our opinions for almost anything. We can just debate over anything that we have been through in our day to day life. Some similar condition is for Abortion. It isn’t something that has just been popular for just a few years now, but it has been dating in the past. Abortion is the ending of pregnancy due to removing an embryo or fetus before it can survive outside the uterus. An abortion that occurs spontaneously is often known as miscarriage, when the life of the embryo is either taken for its own good or happens due to some major complication. When someone takes deliberate steps to end a pregnancy, it is called induced abortion.

When allowed by the law, which differs country to country, abortion in the developed world is one of the safest procedures in medicine. Modern methods use medication or surgery for abortions during the first and second trimester of pregnancy.  The most common surgical technique involves dilating the cervix and using a suction device to eject the embryo.

There are generally 5 types of abortion that can take place, depending upon the duration of pregnancy and the complications that might occur upon performing the abortion. It involves 1 medication and 4 surgical methods of abortion. The details are given below.

This method of abortion doesn’t require any type of surgery. There is an “abortion pill” available in namely mifepristone. It is not available in every country over the counter and must be provided by the medical personnel. This pill is FDA certified and can only be taken in the first trimester of pregnancy or for 70 days from last period.

All these surgical abortions involve being done at the health care provider’s office or clinic. This needs to be legally approved or involves serious complications for the abortion to be done.

This method involves using a gentle suction to remove fetal tissue from women’s uterus and empty it. It can be performed for up to weeks after the last period of a woman.

This method involves suction with a spoon-shaped instrument called curettage to scrape the uterine line to remove any remaining tissue. This can be performed on the patient based on the condition of the patient during the first trimester.

This method requires trained medical procedure, a hospital setting and frequent regulations by the law.

This abortion takes place between the 13th to 24th week of pregnancy. Similar to the D&A and D&C, it requires suction with other instruments such as forceps. In later-second-trimester, a shot through the abdomen may be necessary to ensure fetal demise before the D&E begins.

The abortion occurring during the later-term pregnancies are called dilation and extraction or partial birth abortion. Used mainly for the medical reason when the lives of mother and fetus are at risk, the fetus is dismembered and removed from the womb. The legal complications are present when it comes to this particular abortion. Most of the countries have banned this abortion giving a window if only the life of the mother is in serious danger. 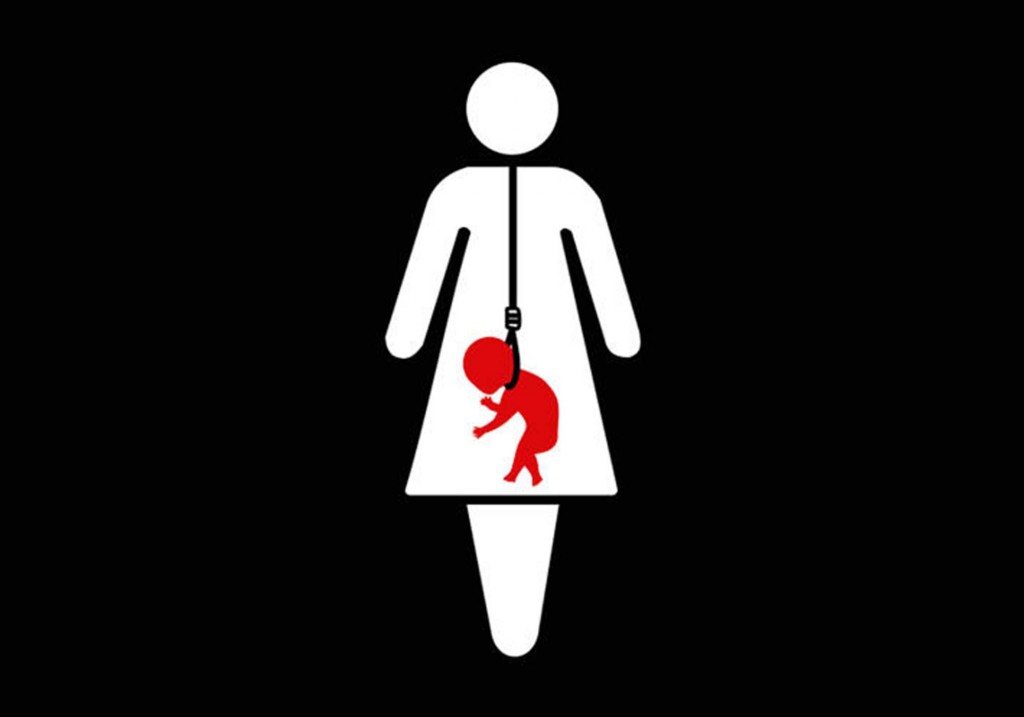 When it comes to the abortion, there are two groups formed wherever you decide to take on the debate: Pro-life and Pro-choice. Pro-life being against and Pro-choice being in favor of abortion. Some of the pros and cons of the Abortion, all mentally, physically, psychologically, and religiously is given below.

Conclusion on Abortion Pros and Cons

It won’t be easier to conclude this topic saying “I am Pro-life” or “I am Pro-choice” because we need to understand the mentality and conditions of people that leads to abortion. Sometimes, abortion is the only choice left to save the mother from the deadly threats she might have if conceived the child.

Abortion isn’t the best choice when you could have easily avoided the pregnancy in the first choice. You don’t have any right, not provided by the law or the community or the God you might believe in to take a life of such offspring who is yet to see the world. Abortion could easily lead to infertility for life if not done correctly.

Adoption would be the better choice if you don’t want to conceive the child yourself rather than aborting the child. Another circumstance might be that abortion is the only choice. Rather than conceiving, it is better to abort if the lives of mother and fetus are in danger. Under life threat, laws too provide a green signal to abortion.

So, being a Pro-life or Pro-choice is all up to you, but before defending any side, you would better look at the circumstances that lead to such conditions. It is better to avoid on the first place then to abort later.